Can "Daredevil" Season Two Be Better? 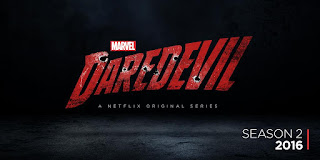 It was clear right out the gate that Netflix's Marvel Daredevil series would get a second season. The first season was pretty fantastic, showing us a gritty part of the Marvel Cinematic Universe (MCU) that wasn't overtly dark or edgy to take away from the series. It showed how the fallout from the Chtauri attack on New York was giving rise to brand new evils that could, one day, supplant the city with that evil, and how one man could foil all those plans.

Given the way the first season ended, though, it was unclear how the series would progress. After all, with Kingpin in jail, who was Daredevil going to square off against? Sure there was the possibility of the Hand coming over, and there was that one scene where Stick and Stone spoke, but would they lead the Hand? How would the Hand function in New York, and what would they really be doing in New York besides hunting the Devil of Hell's Kitchen?

When news broke about the Punisher coming on, I got pretty excited. The Punisher is a good choice for the atmosphere that Netflix built around Daredevil, and his enhanced abilities would be able to keep up with Matt's. The announcement that Elektra would also appear just seemed to open up the doors for the MCU, and possibly even the Hand. I'm curious if Elektra will bring the Hand with her, not necessarily out of any quests for revenge but more because the Hand is following her, and now with Daredevil, Elektra, and the Punisher together they can kill three birds with one stone?

But with all of these exciting action sequences and potentially awesome fight scenes set up, I'm forced to look back on the previous season. Sure there were a ton of awesome battles, but the better moments were the ones where the characters were just talking. In particular when the villains were talking. Wilson Fisk was hands-down the best part of last season, and it seems like he'll be missing completely this time around. It's a shame and it makes me wonder if the show will even be able to match it's success and level of greatness with this upcoming season?

I have no doubt that Jon Bernthal is going to bring it as the Punisher, and perhaps the reason I'm curious about how good the series will be is because of the fact that the Punisher and Kingpin are very different villains. I'm sure we'll have an episode dedicated to the Punisher's backstory, and that will probably be another highlight of the season if done right. Last year's episode focusing on Wilson Fisk as a child might be the best of the season, from what I remember.

Though, that leads me to wonder what'll be done with Elektra? Well, one thing they could do is have an episode similar to the one with Stick, where he was teaching Matt how to fight using his blindness as a skill. I have a feeling that, besides being a former flame of romance, Elektra taught Matt some of his martial arts. Sure we see that Stick taught him some things, but not everything. It was how, during their battle in Matt's loft, Matt was able to match him.

That's the thing, though. I don't want a formula. I don't want Daredevil Season Two to be a replica of Season One, as we've been there and done that. I hope they don't retread the distrust between Matt, Foggy, and Karen, as that was where things slowed up for the first season. The drama was forced and the characters were not acting as adults at all. The second season can improve on what the first season left behind by showing how the characters have grown together, and how their lawyer firm has begun to climb its way up after helping capsize the Kingpin's regime.

The second season is set up to be dark and gritty, though I have this odd feeling of kinship between the three. I feel like Foggy and Karen will be far more involved with the goings-on of Daredevil, which will certainly help move the story along. It would be too difficult for Matt to have to work around the two closest people in his life, and while they are in harms way, it isn't like they can't take care of themselves. Foggy and Karen are both strong characters and getting to see that more in the second season will be a real boost.

One of the other big strengths of the first season, too, was how it didn't rely too much on being a part of the MCU. There were some mentions here and there to the events, but really the big ones were just to how the Chtauri fell from space and attacked New York. I'm going to go ahead and assume that we're passed that and now the focus is going to be on vigilantism growing. After all, there have been two suepr-humans that appeared recently (Jessica Jones and Luke Cage) as well as a major case in mind manipulation. Surely that'll be mentioned, but I do hope they keep it minimal.

If Daredevil can keep its focus on itself, but also growing the world, it will be much better for it. Arrow does that all the time, but does not sacrifice too many references for it. Think about how much larger the world of Arrow has grown this season alone, as we have the introduction of magic and H.I.V.E. Daredevil left us last season with a pretty interesting concept with the Black Sky child, something I hope they touch upon again with the Hand and their presence in Hell's Kitchen.

But when I say that I want the show to stay focused, I don't mean that it can't spawn great things. After all, Jessica Jones served as a wonderful way to establish Luke Cage, his character, and part of his backstory before letting him go off for his own solo series. Throughout both series they have been placing small amounts of foundation for Iron Fist, such as with the elder Chinese woman (I forget her name), and Jeri from Jessica Jones, who is a character in Iron Fist lore. With Elektra and Punisher coming on, it opens the for more street-based characters to appear, such as Moon Knight (please, Marvel, please) or for a possible cameo by Spider-Man. I'll admit that it is going to be weird if Spider-Man does not at least get mentioned in the series.

If the creators play their cards right, Daredevil's second season can indeed be better. With a new possible villain in the Punisher, the major presence of the Hand, and Elektra as a probable anti-hero as sorts, the series can fill the gap that Wilson Fisk alone left. Foggy and Karen had their rough patches in the previous season but I think those were more for us to love the characters when they were at their strongest, which was toward the end. If they pick up straight from there, then yes, the show will improve.

There needs to also be a ton of focus on Matt's character, which it seems there will be as he is contemplating his role in Hell's Kitchen with the priest. I did enjoy those scenes with the priest quite a bit, since they allowed for Matt to just be down to Earth and discuss his issues with a man he trusts and a man who could lead him in a direction he may not have thought of before. Matt's character was complex before when he was deciding if this should be his role, and now he'll have to question how bad he wants this, or if there's some eviller motivation behind his actions.

Regardless, I am looking forward to what the season brings for us. Marvel's Netflix series have yet to let us down, so we can only hope that the trend continues.