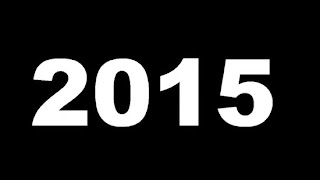 I feel it's important to note I'm only saying what the best movie I saw this year was based on the films I did manage to go out and see, or just sit around at home and wait to be released. Much to my surprise, I saw quite a few more films than anticipated and for the most part liked each one that I was able to view.

2015 was a very hyped up year for film, particularly film sequels, and I have to say that it didn't disappoint. Every sequel that was released was good, and maybe even better than its immediate predecessor in some cases. Sadly, though, this does make way for fewer original ideas, which is a dying art in Hollywood and is one I would personally like to see come back.


Luckily, I was able to see more movies this year than last year--hence why I had to do a Top 10 list of various trailers from the year. I didn't see many trailers this year, and I've really only been able to give my thoughts on two of the movies I saw this year, Avengers: Age of Ultron and Dragon Ball Z: Resurrection 'F', so I figured doing a discussion would be fun!

First, we'll go with the animated movies that I saw. There were only two, despite my really wanting to go out and check out Ghost in the Shell: The New Movie.  Of the two, it's clear that Inside Out would be the superior. It should be the film that takes home the honors at awards shows of being best animated film. It was really, really fun. It was probably the most fun with an animated movie I've had since ''Battle of Gods." I was surprised by how much I would care about Riley and not just the emotions. At first she didn't really seem to have her own character, but I really did feel for her and her situation. It was also very well-animated.

Of the emotions, Disgust and Sadness were probably my two favorite as they were just the funniest. They felt to be on a more opposite spectrum than Joy and Sadness, despite what the film was going for. Plus, I really enjoyed the emphasis the film placed on the importance of Sadness. That's a real risky thing to do in a kids film, and it definitely paid off. I can easily see it going down as one of the animated classics.

I just can't say the same for the other animated film that premiered this year, "Resurrection 'F'." It was fine as a "Dragon Ball" movie, but when you get down to it, it's just a whole lot of inexplicable fan-service. The battle was cool for a while but didn't have any feeling of real grandiose and there was hardly any tension in the entire movie. It fell a little flat for me, and was disappointing.

Oh and speaking of disappointment how's about we talk about Fantastic Four? Nope?

I had absolutely no intention of seeing Jurassic World this year. The trailers didn't entice me to see it and while Jurassic Park is a classic, the other two are boring, pretty forgettable in my opinion. And much of Jurassic World was the same way, until we hit the climax. Chris Pratt did an anticipated great job in the film, but was completely overshadowed by the boring, annoying subplot of the two younger brothers. Really Chris Pratt carried the movie, but there was simply too much for him to carry to keep it relatively afloat. And while the ending was fantastic and I was on the edge of my seat for much of it, it was far too little too late.

One thing that's confused me since it's release was the reception that Ant-Man got this year. People have been saying that it's merely "good," but nothing we haven't seen from Marvel. Meanwhile they praise Iron Man 3? I thought Ant-Man was by far better than the third "Iron Man" film and is the second funniest Marvel Cinematic Universe film! Paul Rudd, Michael Douglas, and Evangeline Lilly were all wonderful in their roles as Scott, Hank, and Hope respectively. The film's visuals were all really cool and the action was intense, making good use of the Ant-Man suit and visuals to keep it separated from other Marvel films. Sure the villain was a weaker part of the film but it didn't bug me because outside of Captain America: Winter Soldier and the most recent "Avengers" film that's sort of par for the course. The focus of the film was placed on the comedy and in that regard it worked. Ant-Man might even be, as of this writing, Top 5 MCU movies out right now.

Now, for the LONGEST time I thought Avengers: Age of Ultron was going to be my front-runner for film of the year. It surpassed it's predecessor in most ways and was really what I wanted to see exactly out of an "Avengers" film. Everything was stepped up and if you want my full thoughts on the film, you can see them here. It was pretty uncontested for much of the year.

And then I saw Mission Impossible: Rogue Nation and Mad Max: Fury Road. Now, to be fair, I haven't really seen the other three "Mad Max" films, but from what I understand, that's not very necessary for the viewing of "Fury Road," and in all fairness, I should be able to jump into some films--especially those with thirty year gaps--with a clearer understanding, as it's a new story and what not.

But then, another movie came along, an independent little movie known as Star Wars Episode VII: The Force Awakens. For those of you who I haven't spoken with about the movie, simply put: I really enjoyed it. Great movie.

So, here I am, in a bit of a conundrum. "Fury Road" is nominated for a BEST PICTURE in the upcoming 2016 Golden Globes, "Star Wars" had a great addition to it's roster, and...

Yeah, I think Mission Impossible: Rogue Nation is the best movie I've seen this year. Surprised me too.

It doesn't have the insane, epic, "holy crap this is one of the most visually appealing fight sequences I've seen ever *keyboard smash*" action sequences that "Mad Max" did, nor the grandiose fighting in "Age of Ultron" or even the softer, funnier, but still hard-hitting moments that "Star Wars" did...because it excelled at each and everyone one of those things and more.

The stuns were crazier, the characters better than ever before, and the story pretty original. We've seen our boy Ethan Hunt in a struggle before but it was never one that he couldn't outsmart. Each film has seen him try to unravel a mystery of sorts, but he was never quite as desperate as he was here. In this film, Tom Cruise has really stepped up his game in the role of Ethan, both physically as well as simply an actor performing in dialogue. There's a newfound intensity to Ethan that we haven't seen before. He's met his match, and it makes for what turns out to be one major game of chess.

That's something you don't expect to see out of a movie where the poster is Tom Cruise hanging off the side of a plane.

Not to mention that the new addition of Rebecca Ferguson as Ilsa Faust brought the film to another level. At first-glance she appears to just be the new, sexy addition to the group but really turns out to be a wildcard throughout the film and it becomes a question of what she's going to do next. She's just barely behind Ethan of having to drive the film--hell, you could argue that she is the catalyst that sticks around throughout the film, and she really does great in her role.

And, dude, if you can make Alec Baldwin look very respectable in a film again, you're doing something right. I feel like that guy's been in a movie slump for a while. Let's also not forget that Jeremy Renner, Ving Rhames, and Simon Pegg also do wonderful jobs reprising their roles from previous films. They were mostly comedic relief--the comedy in this movie worked very well--but had some moments of dramatic tension. The villain was also a great evil mastermind while not succumbing to the typical cliches of that archetype.

Overall, Mission Impossible: Rogue Nation seemed to break the mold of many action movies now by pushing the bar on stunts, story, character, and humor. Everything flowed well and each scene had its own vitality. I was never bored in the entire movie. There were just a few moments in "Fury Road" where I felt we slowed down just a bit too long, whereas "Rogue Nation" knew just when to stop the action and to tell the story by just letting the actors do their thing. It was a bit of a tough call, but I have to stick with this as the top movie from this year, that I saw.

Tomorrow, I'll also be taking a look at the best anime that I've seen from this year. And it's probably not what you're expecting! See you then.